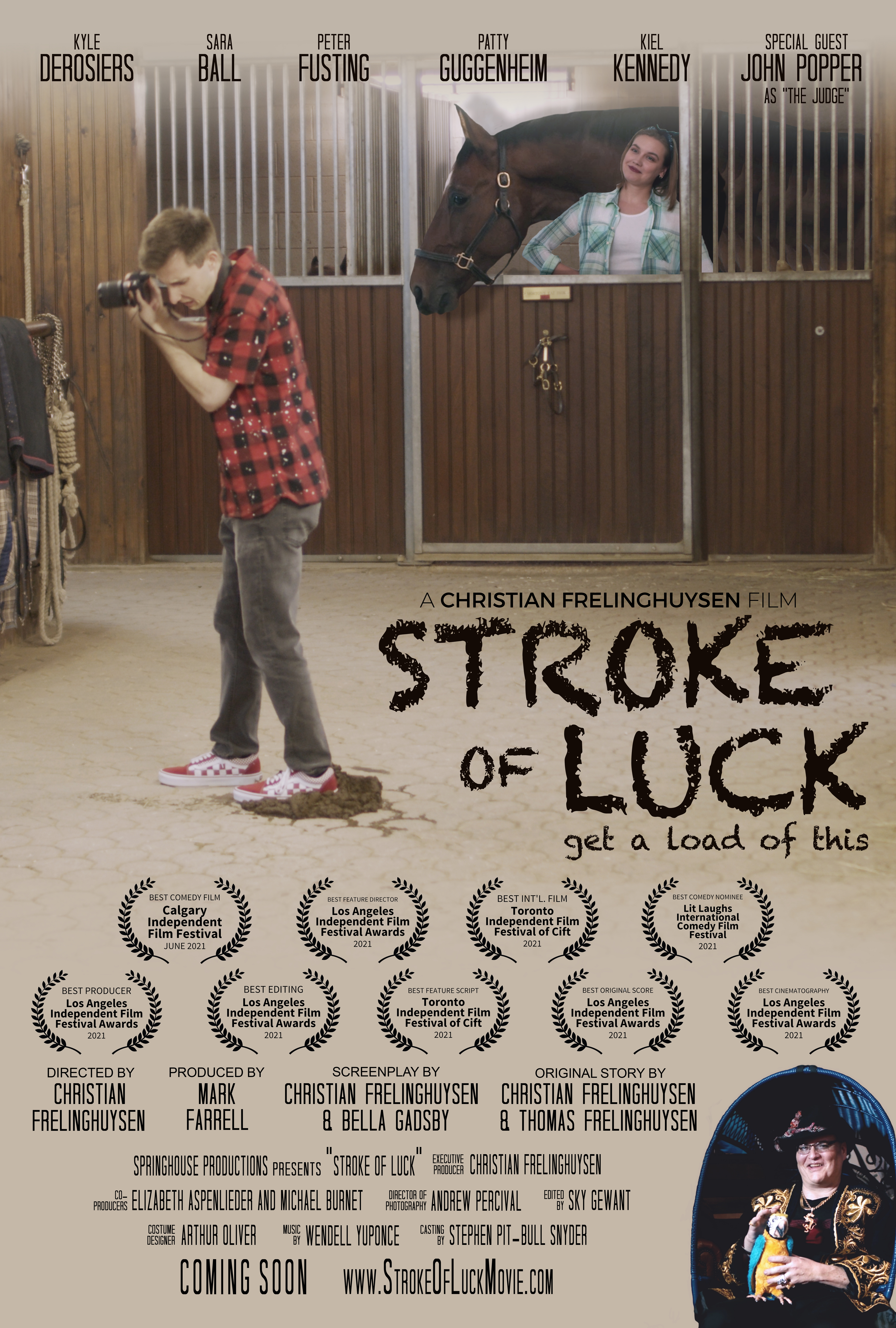 Stroke of Luck (2022) Movie, Young Nathan has pulled a damaging prank at his school in the city and is sent to his father's farm to work it off. But Nathan finds much more than he bargained for when he gets there, including Sarah, a very charming, independent farm hand, a bizarre crime ring, and a horse that only he can hear talk. Cameo by John Popper - lead singer of the band Blues Traveler. Directed and co-authored by first-time feature filmmaker, Christian Frelinghuysen. Produced by Mark Farrell (Curb Your Enthusiasm, Z Rock). Shot entirely in the Berkshires of Western Massachusetts.